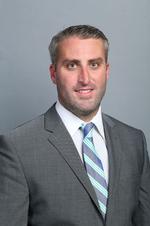 Drew Kelleher is in his third year as the Head Coach of the Manhattan Men's Lacrosse program.

A tireless recruiter, the Empire State native brought in a stellar 17-person recruiting class for the 2017 season.

Prior to his arrival at Manhattan, Kelleher was the assistant coach and recruiting coordinator at Boston University for two seasons.

Kelleher's time in Boston coincided with the program's start, which saw a meteoric rise for the Terriers from infancy to a national ranking in 2015. Serving as offensive coordinator for the BU offense, his unit produced a three-goal spike to just over 10 per game from the program's inaugural season while winning six games and ascending to a national ranking of No. 19 following an 18-11 victory over Bucknell.

Additionally, he helped develop three student-athletes into 20-goal and 40-point performers in 2014 while overseeing an attack that netted at least 10 goals in 10 of the Terriers' 20 games.

Prior to ushering in the Boston U program, Kelleher spent the 2012 season as an assistant coach/offensive coordinator at MAAC rival Siena. During his one year in Loudonville, he helped the Saints to an 11-5 record and the MAAC regular season title while helping spearhead the nation's fourth-ranked offensive attack at over 12 goals per game.

He began his coaching career with a two-year stint at Hamilton College from 2010-2011 as the Continentals posted a 21-7 record.

A four-year standout at Vermont, he capped his outstanding career with the Catamounts by ranking 11th nationally in goals (2.50) as a senior in 2009 en route to being named the America East Fans' Choice Player of the Year.

Kelleher graduated with a degree in education from Vermont.

His mother Jeanne, was a member of the college's first female graduating class in 1978, while his father, Dan, graduated in 1977. In addition, his grandfather, Daniel, played basketball for the Jaspers from 1930-32. 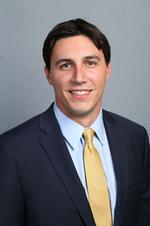 John Odierna is in his third year as an assistant coach for the Manhattan men’s lacrosse team and serves as the Jaspers' Defensive Coordinator.

Odierna arrives in Riverdale after spending the last two seasons as an assistant coach at Stevens Institute of Technology, where he was involved in all elements of the program.

With the Ducks, he was responsible for constructing scouting reports, implementing game plans and organizing the offseason workout programs. He also helped Stevens Tech to three wins over nationally ranked opponents and two appearances in the Empire 8 Tournament.

Last season, he served as the Ducks’ offensive coordinator with his squad averaging 12.4 goals per game, including 13.5 during conference play.

Odierna, who was the defensive coordinator in his first season at Stevens Tech, began his coaching career as an assistant coach at Colby College. In two years, he helped develop six All-New England players, including three USILA All-Americans, and the 2013 NESCAC Player of the Year while implementing and overseeing all the program’s defensive strategies.

A renowned clinician, Odierna has also organized and developed the Hoboken Shootout, the FLG Premier and FLG Legit 120 showcases.

A four-year standout at Gettysburg College, he graduated with a degree in business management in 2011.